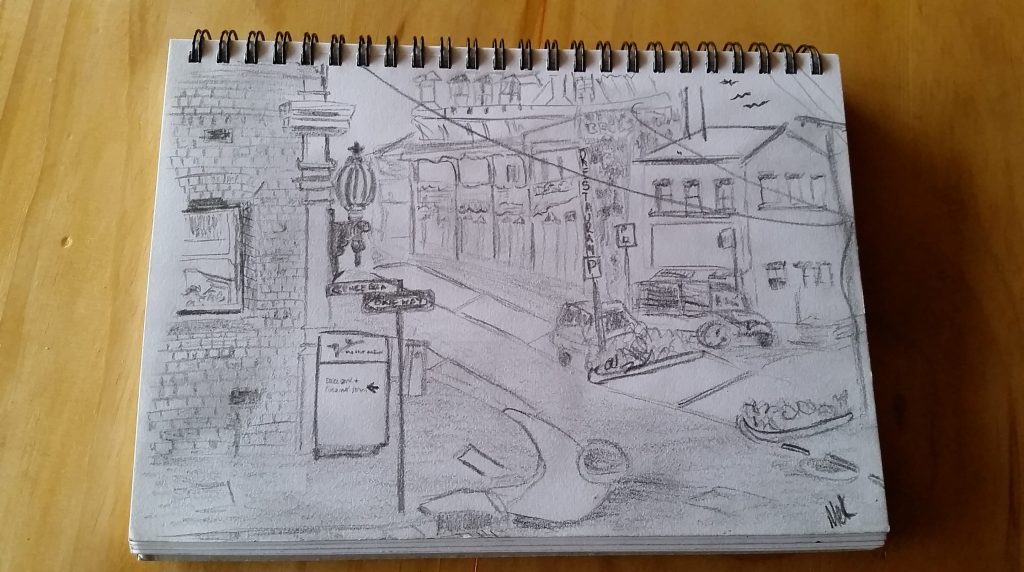 Lenny drove an unmarked van. He could have been a tradie or a grocer, no one would have known. It was early enough that there wasn’t anyone around who’d care, but just in case, he drove past the one-way street to scan for passers-by. It was day three of early voting and on previous days he’d only noticed old ladies shuffle from car to indoor pool or indoor pool to car for the keen ones who’d been up since the crack of dawn, but no sense in tempting fate and a run-in with what were predominantly left leaning locals in the Labor safe seat, he reasoned. The coast was clear, so he did a U-turn and parked in a disabled spot despite only one other car parked in the street, a fluorescent notice ordering its removal. What are the chances a disabled person will come by now?  That thought was in the deeper recesses of his mind, on the surface was in fact no thought.

He opened the back door and saw that the items he’d lugged- a pole, a base on which to mount the pole, and a placard, had rolled around and were now at the far end of the van’s boot, resting against the cage that separated the driver’s cabin from the rear. He had no choice but to climb in. A little contortion was required to move a sandbag out of the way while crouching in the confined space. It was a race against time, he wanted to set up and leave before a confrontation. Bang! Lenny was suddenly enveloped in darkness, the wind howling in such a way that the two doors swung shut in the right sequence. His keys were on the other side, swaying on the stationary door.

Lenny, who could have been a tradie or a grocer, was trapped in a disabled park with an unerected placard and how-to-vote pamphlets that wouldn’t go out in time to catch the stream of early voters.

He kicked the sandbag in vain, wanting it out of the way to stretch his legs. Not bothering with the effort to move it, he propped his legs over it, the coarse hessian pressing against the back of his knees to make him even more uncomfortable.  Leaning his head back in resignation, he locked eyes with the suited Liberal candidate whose face he could just make out with the light coming in from the van’s tinted sun roof, white teeth revealed behind lips peeled back in some kind of smile.